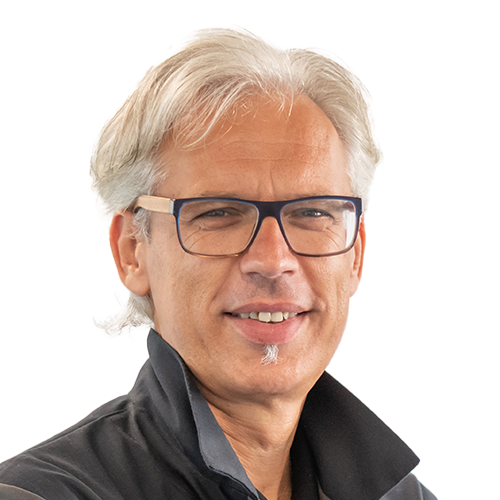 New entrants and automotive startups can sometimes lack personal experience in their chosen market area. This doesn't prevent them from being able to overcome key challenges, however. If a new entrant is aware of the most common potential obstacles, they can already prepare in advance to help address some of the more serious challenges within the automotive market.

This article intends to highlight the most pressing challenges for automotive startups on their way to realizing their automotive vision. These challenges may vary in scale and seriousness for each individual vehicle, but new entrants will likely encounter all of them at some point in time.

TABLE OF CONTENTS:
> Why new entrants tend to underestimate the scale of vehicle industrialization
> Methods to take the challenges of automotive startups
> What’s next? 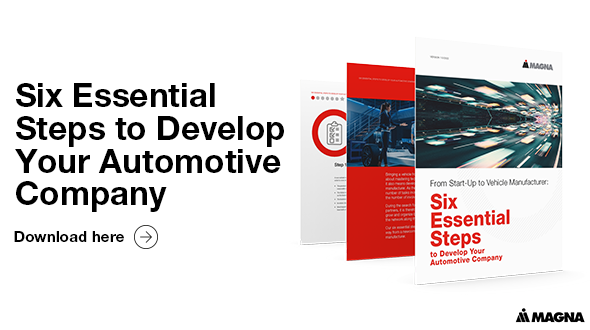 WHY AUTOMOTIVE STARTUPS TEND TO UNDERESTIMATE THE SCALE OF VEHICLE INDUSTRIALIZATION

Each vehicle production process encompasses hundreds of tasks and targets that are all interconnected. In addition to planning the production process itself, suppliers, vendors and investors must be found while the vehicle brand is being established. When unfamiliar with this list of related tasks, automotive startups can often lack the experience to fully understand the complexity of vehicle development, and therefore can underestimate its scope in many cases. Simply put, without experience, many new entrants can often be surprised by the sheer depth of vehicle development/production.

Overall, there are five general aspects of vehicle development that tend to pose the most challenges for automotive startups:

While it may sound easy to estimate the number of vehicles to be produced annually (or in total), this number is more uncertain than one may assume. As automotive startups are new players in the vehicle market, they cannot rely on their own historical data to determine their brand’s market potential. Estimates regarding production volumes are therefore likely to deviate from the actual demand of the vehicle.

Estimating production volume is not only challenging but can also be the cause of notable consequences as any changes can have a significant impact on the entire vehicle production plan. For example, the difference between producing 5,000 vehicles and 50,000 vehicles per year can be sizeable in terms of the required time and resources. Producing higher volumes than estimated could lead to capacity problems while smaller volumes could affect profitability and result in higher costs per unit. 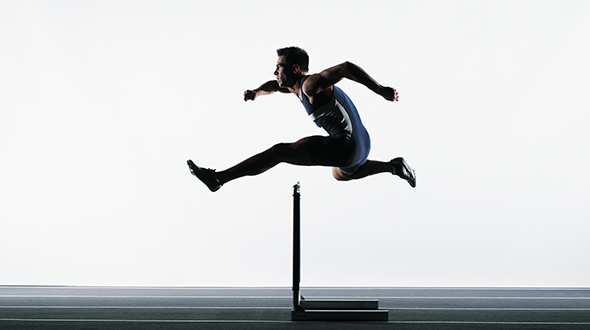 While there are some elements of the vehicle which can be adapted fairly easily, it is vital to decide on the overall basis of the vehicle. Most notably, its chassis, the E/E (electrical/electronic) architecture and the drivetrain should be determined after the idea phase as changing these components at a later stage could cause delays and cost increases.

With the finalization of the concept also comes the question about which suppliers are necessary. However, organizing key suppliers for both the vehicle parts and the tools necessary for assembly can be a herculean task, particularly if a new entrant does not intend to produce in large volumes. The onboarding of key suppliers is often a reason why projects are delayed which makes it even more important for automotive startups to remain flexible and willing to compromise when building their supply base.

Perhaps the most challenging aspect of vehicle production is the fact that most of the vehicle concept, processes and requirements cannot be established successively. Instead, once the vehicle idea has been established and validated, tasks such as the production environment, supply base, tools, necessary workforce and finances, organizational and production processes, potential vendors as well as marketing, sales and branding strategies all need to be established and set in motion at the same time. All of this requires high one-time expenses as well as a well-conceptualized schedule and a great deal of personal commitment and endurance.

More information about the increase of complexity between idea and concept phase in the article: “Organizational Changes When Entering the EV Car Market.”

4. Late-stage additions to the vehicle

The conditions under which the vehicle is produced can sometimes change over the course of its industrialization. During the approximately three years between feasibility and serial production, some features of the vehicle may need to be added or adapted in order to meet changing customer requirements, or differentiate from a new competitor with a similar USP.

Even seemingly mundane adaptations can considerably alter the industrialization process of a vehicle, however. Each new feature or change requires the overall vehicle layout to be adapted and could therefore impact the manufacturing process.

For example, increasing wheel size not only results in the need for bigger wheels. The resulting need to raise the vehicle’s chassis alters the entire arrangement of the platform as well as its overall design. This means that all affected parts may require subsequent changes to their production processes.

It can be difficult to avoid such unexpected changes during industrialization. As stated above, some of the key reasons for these adaptations originate from outside of the new entrant’s capabilities. These can be mitigated by thorough preparation and a finalized vehicle concept where changes are only made if necessary.

5. Keeping partners, investors and yourself invested

As highlighted in the previous section, the road from transforming an idea to a serial production vehicle can be a long one . During this time, there will be a number of critical points where the project will demand much commitment and energy from the new entrant. In particular, the previously highlighted increase in complexity will be one of the most time- and cost-intensive periods of the entire industrialization process. With cost requirements and the general workload increasing, this phase is also a test of resilience for automotive startups – and how well they can keep their partners invested.

The exit of a major investor or key supplier could heavily delay the project at best or mean its termination at worst. Therefore, it is even more important for a new entrant to maintain a high level of commitment to the project and help to minimize failure as much as possible. By conveying a sense of stable progression and anticipation in the face of potential risks and uncertainties, suppliers and investors will have more confidence in the project throughout the more challenging phases.

While some of the previously mentioned challenges are either unpredictable or caused by unavoidable factors, there are several methods which can help to decrease the risk of failure. For example, by looking for investors and suppliers early on, the new entrant not only mitigates the complexity hub during the concept phase but also fosters a more reliable network of people committed to the project. Additionally, the more clearly and detailed a vehicle is defined, the less likely it is to need adaptations later in the industrialization process.

Ultimately, the best option for helping to prevent difficulties during the industrialization process is to cooperate with an established contract manufacturer. By working together with an established player, organizational processes, scheduling and questions regarding the platform or production volume of the vehicle can be solved more quickly and effectively.

Experience and a long-standing presence in the market are key – a contract manufacturer already has a fully functioning production ecosystem and the manufacturing experience to match. By leveraging these assets, the new entrant can lower the financial burden, speed up time-to-market and follow an overall safer path towards realizing their automotive vision.

To summarize - automotive startups are likely to face a large number of considerable challenges even after overcoming the initial hurdles of the idea phase. Factors such as a misjudging production volume, a poor supply base, platform changes, lacking commitment and particularly the high increase in complexity after the idea phase can all be major factors.

In the end, there are many aspects to vehicle production that could go wrong and new entrants or automotive startups will always likely encounter difficulties during their project. It's important to remember, however, that even the most critical hurdles of vehicle production can be overcome by smart planning, resourcefulness and the right partners.

With an expected growth of market shares, a rapidly increasing amount of competitors, and both...
Read
Concept Creation / 6 min

This article will explain the role of the automotive IT landscape for an automotive startup. It...
Read
Concept Creation / 5 min

The Top 3 Challenges For a Stable Automotive Supplier Network

Suppliers have a vital role in the automotive manufacturing process. They make up the largest part...
Read